Vickery Creek and the Covered Bridge 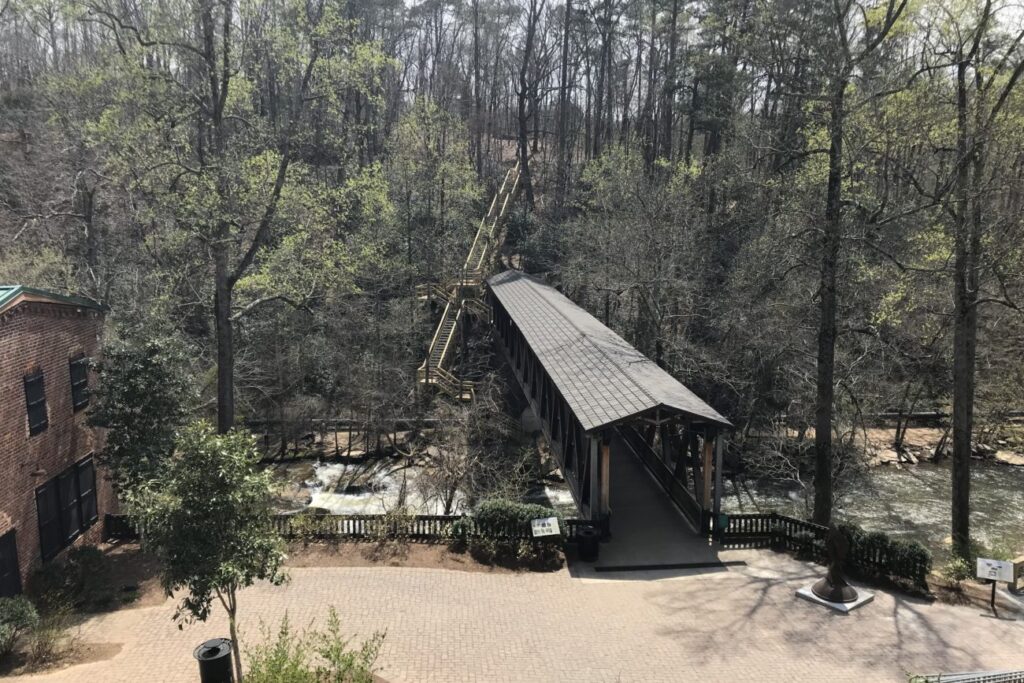 The Team visited Vickery Creek Unit of the Chattahoochee River National Recreation Area, also known as “Big Creek,” in March. The Park is located in the City of Roswell, one of the northern suburbs of Metro Atlanta. In 2005, Roswell built a covered foot bridge to connect six miles of hiking trails to Old Mill Park that includes the historic mill ruins.

In the early 1800’s, new settlers brought in an era of development that saw the river as a driver of industry. Roswell Manufacturing was one of the first industrial centers in Georgia and the largest cotton mill before the Civil War. Organized in the 1830s and powered by Vickery Creek, the mill produced textiles and yarns.

As part of the CRNRA Gateway Project, the Chattahoochee Parks Conservancy has raised the funds, hired the team, and constructed the addition of a new staircase connecting the covered bridge to the recreation area and historic mill’s dam.