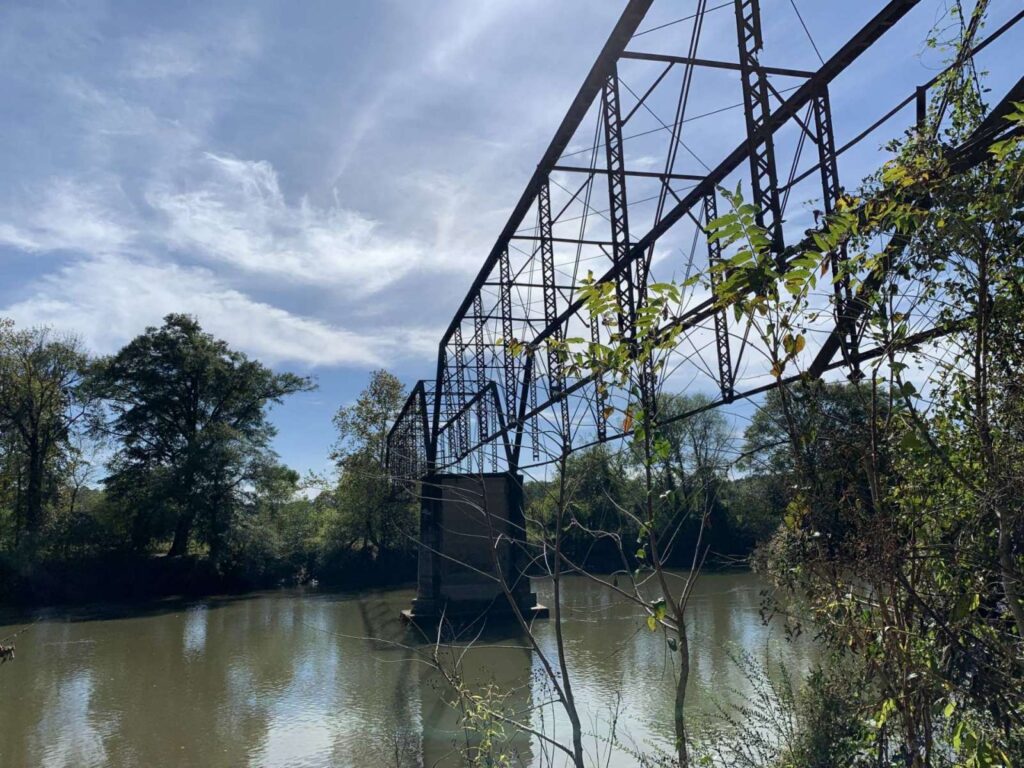 Located South of Atlanta in the Agricultural Countryside of Sub-Area 3, Moore’s Bridge Park is 485-acre property extending along 1.4 miles of the Chattahoochee River. The property, which historically served as a “gateway” to Carroll County, reveals a part of Southern history not often told. The original covered bridge that crossed the Chattahoochee River at Moore’s Bridge Park was built by Horace King, an African American man who was one of the most respected master bridge builders in the area in the mid-nineteenth century.

Born into slavery in 1807 on a South Carolina plantation, King was a prolific architect and engineer in the Deep South. He built major bridges up and down the Chattahoochee as well as factory buildings, warehouses, houses and courthouses in Georgia, Alabama, Mississippi, and South Carolina. King’s part ownership of Moore’s Bridge was a milestone in the pre-war South; few free blacks anywhere controlled such an asset. In addition to King’s part ownership, his family members – respected and trusted members of the surrounding community – lived on the bridge site and collected the tolls for the bridge company.

The original bridge burned down in 1864 during the Civil War:

“In July 1864, Gen. William Tecumseh Sherman sent Major General George Stoneman to find a crossing over the Chattahoochee. An artillery battle ensued with the Confederate soldiers across the river, and although the Union troops were driven off, they set the bridge afire. This delayed the Battle of Atlanta for several days because Sherman refused to cross the river 40 miles upstream until he knew Stoneman had either secured or destroyed the bridge.” (Trust for Public Land)

The park includes the James Moore House, an historic home dating back to before the Civil War. The house was likely a “Carolina Cottage” designed by King. It fits the exact floor plan and measurements of the Carolina Cottages that King was known for, with a porch directing the breeze through the structure.

In the future, the RiverLands team envisions the park as a gateway to the southern portion of the RiverLands trail – reconnecting the people and history of the Chattahoochee River. Carroll County and the Trust for Public Land are planning to bring life back to this historic destination with new picnic areas, camping areas, park trails, parking, and education and historic programming run out of the James Moore House. See more about the master plan here.

LEARN MORE about the SITE HERE