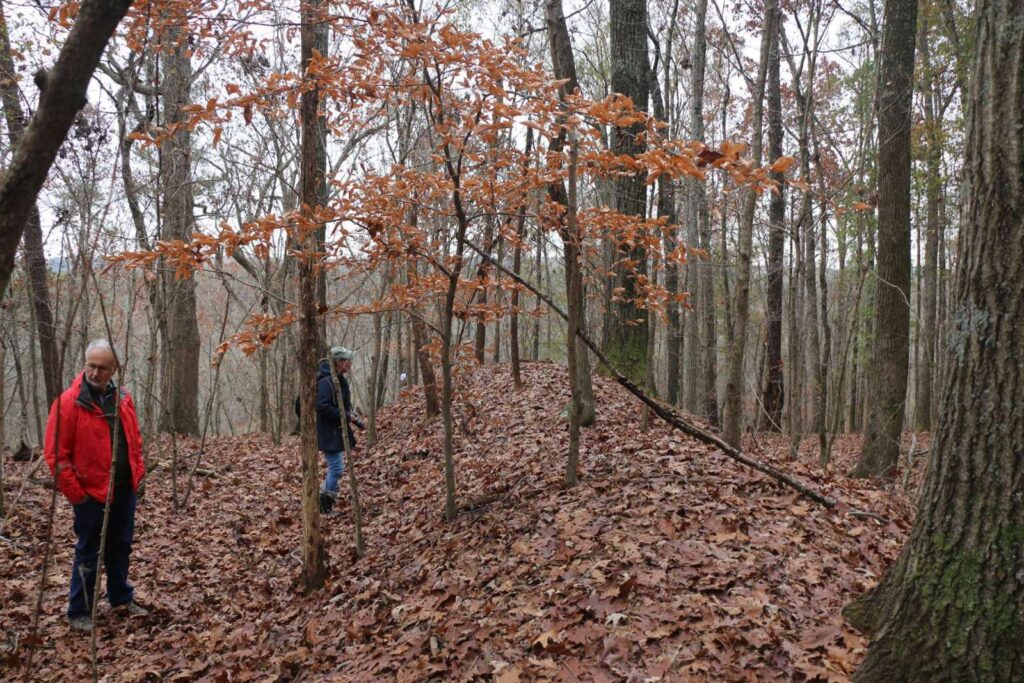 The Johnston’s River Line Historic Area is operated by the Mableton Improvement Coalition to bring together neighborhoods bordering the River in Cobb County. Roberta Cook from the River Line Historic Area gave a tour and told the team about the history of the site. In 1832, Cobb County created a land lottery that divided the previously open Cherokee land, into 40-acre parcels and distributed them to settlers. In 1845, the first railroad in Georgia, the Western & Atlantic Railroad, began operations between Atlanta and Marietta – connecting to Chattanooga, TN. During the Civil War, the railroad served as a direct line to Atlanta with the River as the last natural barrier protecting the heart of the City. Shoupade fortifications, named after confederate soldier Francis A. Shoup, were used as defensive structures along the banks of the River; each fortification accommodating up to 80 soldiers. Of the 36 forts constructed, 8 remain as earthworks today.

This site visit was part of the 100-mile Windshield Driving Tour – a multi-day driving tour along the banks of the full 100-mile river corridor from December 10-14, 2018. The tour allowed the Design Team to ground truth GIS data with on-the-ground site explorations, photography and video documentation. The Design Team engaged with the community members and interviewed stakeholders on the river as face-to-face research that informs the project and forces an authentic identity for the Chattahoochee RiverLands Greenway. Download the full summary of the tour to learn more.